Reshoring: Bringing Quality Work Back to the USA 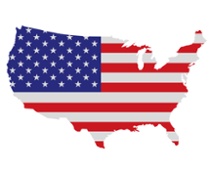 The Case for Reshoring

The past few years, however, have shown signs of a very beneficial and encouraging trend—manufacturing jobs are coming back to the U.S., reversing decades of companies taking their business to developing Asian countries like China, the Philippines, and Vietnam.

Now, manufacturing giants like General Electric, Ford, Whirlpool, and Wal-Mart are redoubling investment in reshoring. A 2013 study conducted by the Boston Consulting Group found that over half of executives at U.S.-based companies earning more than $1 million in sales either plan on or actively are bringing back production to the U.S. from other countries.

So what do GE, Apple, and Wal-Mart know about the state of American manufacturing that is compelling them to focus on investing on production right here at home? These are the main reasons why U.S. reshoring is making a comeback.

The most obvious benefit to manufacturing products right here in the U.S. is the fact that transportation costs are drastically lowered. Since the 2008 financial crisis, American manufacturing companies have seen smaller order sizes while those for overseas companies have grown.

Along with larger order sizes, however, come longer lead times, especially since goods have to travel long distances, typically via cargo ship. As Fortune Magazine put it, when importing overtakes exporting, there is a gradual erosion of wealth.

By manufacturing in the U.S., you can eliminate the cost of transporting products over long distances. In turn, this frees up capital that can be used to focus on quality in all final products, which an American manufacturer can ensure and get to you much faster than an overseas company.

Higher quality and attention to detail

Typically, manufacturing products overseas involves a tremendous amount of risk. There is a lot that can go wrong, from legal and regulatory risks to political or cultural risks, from poor training to poorly designed responses to disasters.

One of the biggest problems with offshoring, however, is the lack of control you have on the entire process. There can be any number of complications with communication, feedback, and quality control, especially with the time overseas shipping adds to the approval process.

American manufacturing has long been synonymous with ingenuity and quality. Furthermore, as Forbes reported, it’s a reputation that the country never really lost. Although a lot of manufacturing jobs have indeed left the country, these have been low value and low productivity jobs like electronics assembly.

Instead, the U.S. has been manufacturing advanced technology products like jet engines, defense systems, life-saving medical devices, and highly specialized solutions for government, medicine, and the military. These are all high value products, demanding lots of skill and training, and as a result pay good wages.

Manufacturing here at home allows you access to this level of expertise and attention to quality. By not being in a different country, you have a lot more opportunity for constant communication and feedback, which greatly improves your chances of receiving a final product that meets all your requirements.

In addition to a making a product that meets your requirements and exceeds in its application, U.S. companies can help you save maintenance and replacement costs. Whether a component or complete machine, American-made products will break down far less often than products made offshore, which eliminates the cost of finding replacements.

Boost to the U.S. economy

Ultimately, reshoring efforts are a tremendous benefit to the American economy. By bringing back jobs to the U.S. and investing heavily in domestic manufacturing, corporations can generate wealth that can spread to every other industry, which most importantly stays in the U.S. and makes us competitive worldwide.

Precision Metal Industries has long championed the quality and attention to detail that can only be achieved here in the U.S. Visit our portfolio and find out how PMI is doing its part for the American economy.